The Oga Peninsula is located an hour from Akita City by car, jutting out into the Sea of Japan. The stormy winter seas crashing onto black rocks enhance the fierce cold of the area. Located near the Port of Funagawa in the city of Oga, Moroi Jouzoujo is a brewery founded in 1930 as a soy sauce manufacturer. Later, it expanded its product line to include miso and tsukemono pickled vegetables, and twenty years ago it began to produce shottsuru, a product that is so closely tied to Moroi Jouzoujo that it could be said to be another name for the brewery. We spoke to Hideki Moroi, President of Moroi Jouzoujo, about the relationship between shottsuru and the people of Akita. 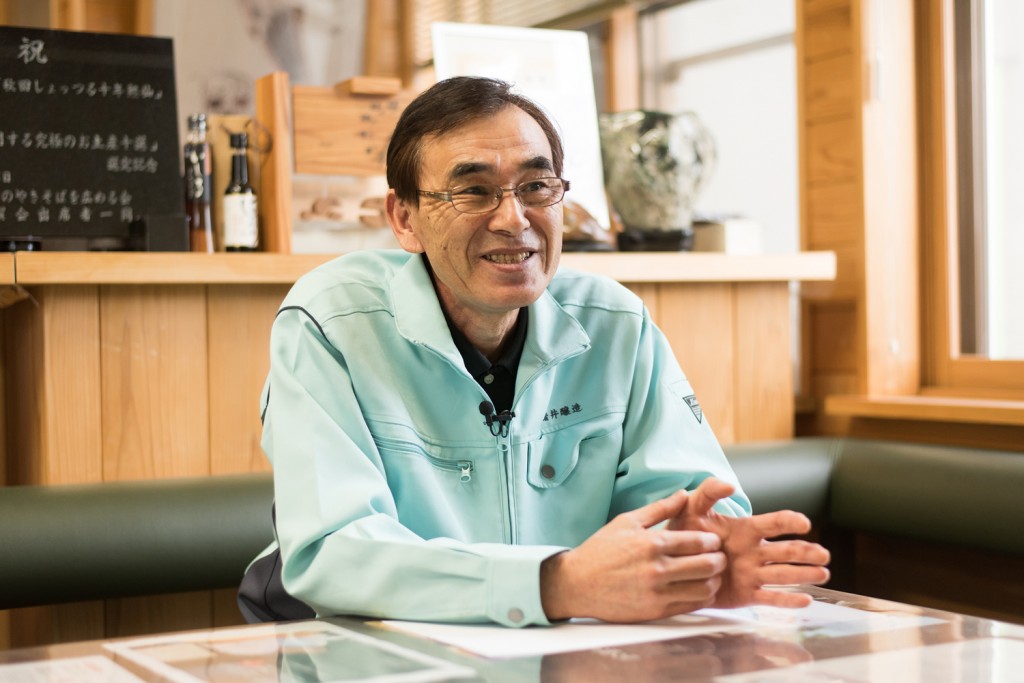 Hideki Moroi represents Moroi Jouzoujo’s third generation. He is a central figure behind the revival of the low-odor traditional shottsuru to protect the sandfish food culture.

Shottsuru is a fish sauce made from sandfish and other small fish. It is one of Japan’s three major fish sauces, along with Ishikawa’s ishiru and Kagawa’s ikanago-shoyu. As its name implies in Japanese, shottsuru is a liquid created during the salting and storage of fish. “Famous fish sauces include the Southeast Asian nam pla and nước chấm, which have an especially odorous image. However, the shottsuru that we make is extremely mild in both taste and smell,” says Mr. Moroi. Shottsuru is made from 100% Japanese sandfish, a fish with white meat, and although it has a light and gentle smell, its flavor really stands out. Those who dislike the “fishy” smell appreciate how easy shottsuru is to eat. There are not many fish sauces in the world made only from white-meat fish, and hence shottsuru is a rare item that is even recognized as a “world heritage” dish.
Shottsuru is very simple to make. First, freshly caught sandfish are salted whole. This is the one and only ingredient. These fish are then slowly fermented over a long period of time. Due to the low average annual temperatures in Akita Prefecture, the fish’s auto-digestion processes are used in fermentation. Auto-digestion takes a long time, as long as three years from beginning to end for Moroi Jouzoujo’s shottsuru. According to Mr. Moroi, this slow and gradual fermentation process helps to further bring out the sandfish’s flavor. 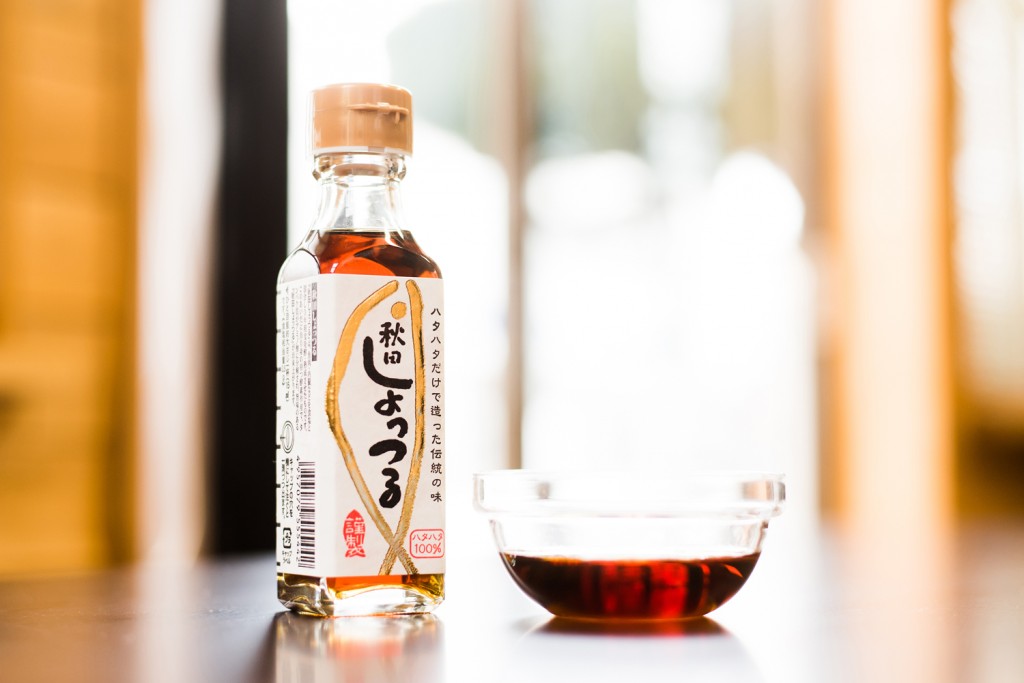 Traditional shottsuru made from 100% sandfish. This is an all-around condiment with almost no “fishy” smell that can be used with a wide variety of different dishes.

Shottsuru-nabe, a hot pot dish containing sandfish, is the most prominent local Akita dish made using shottsuru. The Japanese sandfish is only caught for two or three weeks from late November through December, but a culture has taken root in Akita of eating fresh seasonal fish with condiments made from that same fish. As Mr. Moroi explains, “Many people think of shottsuru as an ingredient in hot pot cooking, but that is not the case. It’s a condiment and can be used in a variety of dishes.” He then proceeded to teach us simple and easy ways of using shottsuru. For example, it can be used as sauce for yakisoba fried noodles, or as a coating for onigiri rice balls, or as a subtle seasoning in curry and rice or rolled omelets. This reinforced our understanding that shottsuru is indeed an all-purpose condiment and seasoning that offers a wide range of variations.
Although sandfish hauls are small in recent times, good hauls were common from the mid-1950s through the mid-1970s. To Akita residents at the time, sandfish were a precious source of winter protein in an era when eating meat was not possible. “The Chinese characters for the sandfish include the symbols for ‘fish’ and for ‘god’ or ‘thunder’. This is because the sandfish would come in the winter when there were thunderstorms and rough, cold waters. To Akita, the sandfish is a fish with history, and shottsuru is a precious treasure. We believe that we must continue to protect these things and pass them down to later generations, as well as spread them around to other places.” Mr. Moroi himself is working to send Akita’s shottsuru out into the world. 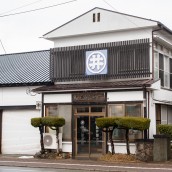