In Yokote city’s Sannai village, the walls of snow lining either side of the roads speak to the sheer amount of snowfall. Local farmer Ichiro Takahashi serves as the head of the Sannai Iburi-gakko Producers’ Association. The Sannai region is known for its iburi-gakko production, and the individual producers work in everything from daikon radish cultivation to actually making iburi-gakko itself. 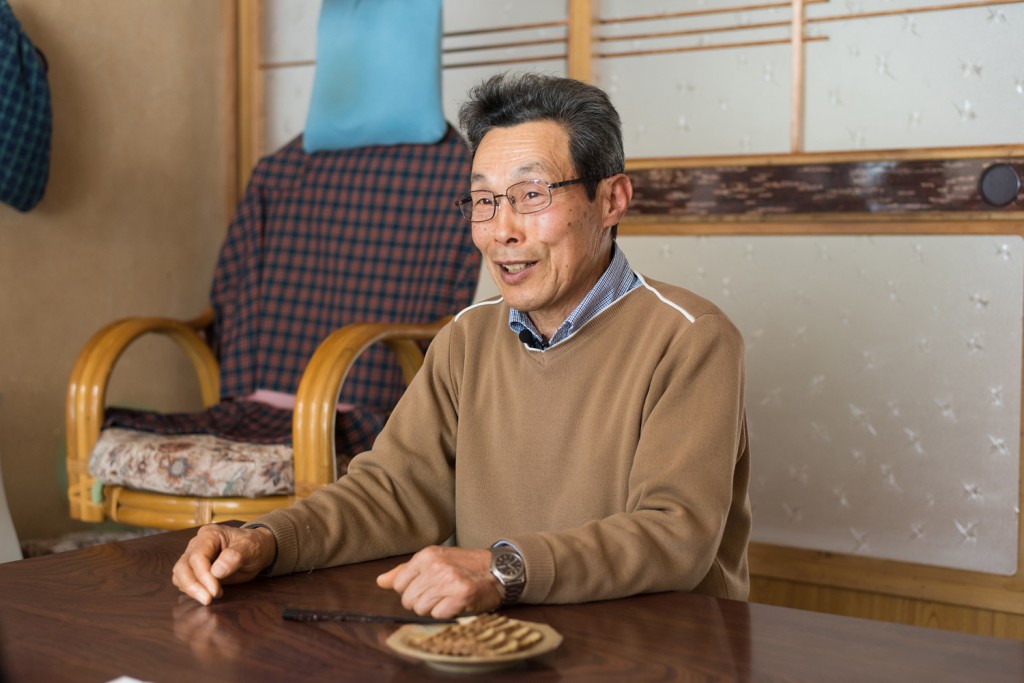 Iburi-gakko has been a beloved side dish and tea treat in Akita since olden times. We asked Mr. Takahashi to explain what exactly this dish is. “Iburi-gakko are smoked daikon that are then pickled, a type of tsukemono pickled vegetable,” he said. The iburi-gakko he showed us had a brown and wrinkled surface. It was crispy and crunchy when eaten, with a fragrant savory flavor that fills the mouth, unique to smoked dishes. In the Sannai area with its heavy snowfall, roads in older times would become completely clogged by snow in the winter, and locals were unable even to go out shopping. Iburi-gakko, as a preserved and pickled vegetables, originated during those times as a supplemental source of vegetable nutrition.
Iburi-gakko is made in a unique way. First, washed daikon are tied together with rope and then hung in a smoking shed over a flame. The end product depends on the type of tree used for smoking, with the best types being the deciduous oak tree and the chestnut tree. Recently, out-of-business apple farmers have apparently requested that their apple trees be used. After the daikon are smoked over four to five days, the ropes are removed and the smoked daikon are cleaned again to remove filth and dirt. Then, finally, the pickling begins. 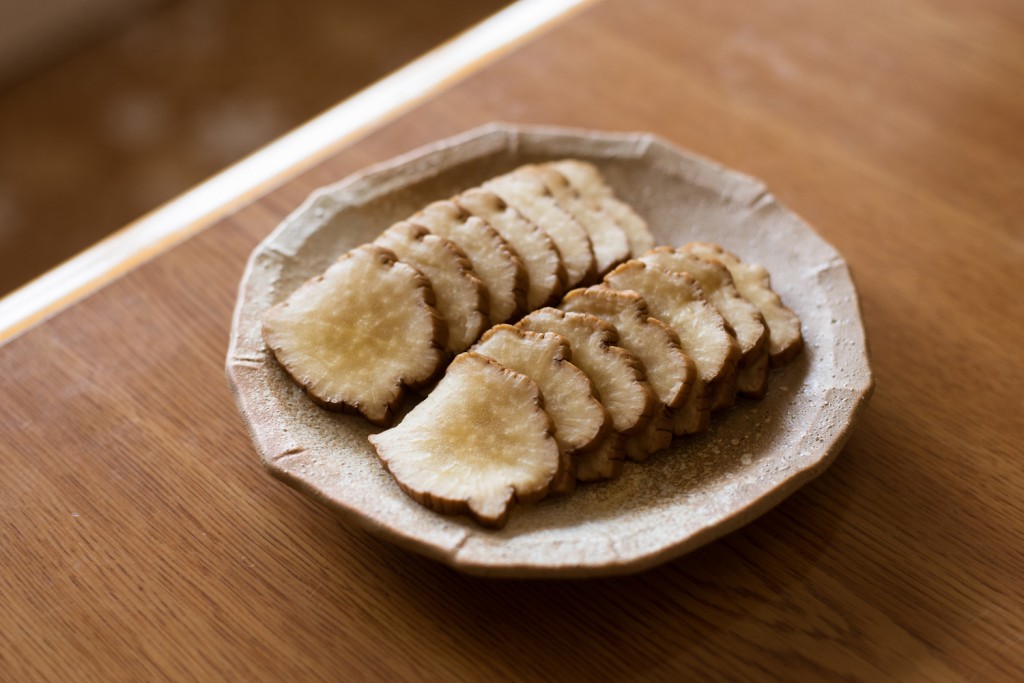 Daikon is the main vegetable used for iburi-gakko, but individual households may also use turnips, persimmons, or a variety of other vegetables prepared in the same way.

The ingredients used in pickling are salt, rice bran, malted rice, crushed rice produced in the process of polishing rice, a little sugar, and safflower for coloring. Iburi-gakko producers in the Sannai area do not use any additives at all. According to Mr. Takahashi, “Many foods in recent times are pickled in chemical seasonings, but they taste completely different. Foods that contain additives taste good only at first. In foods without additives, the delicious flavor seeps out in the aftertaste.” When the components of iburi-gakko were analyzed at the Akita Research Institute of Food and Brewing (ARIF), researchers were surprised to find that the natural amino acid GABA was present in quantities three to eight times that of germinated brown rice.
Why are these vegetables “smoked” before pickling? “In this area, daikon is a second crop behind potatoes. Daikon are harvested in late October, and since snow falls in November, the daikon won’t dry out even if dried outside. Long ago, someone realized that the daikon would dry out if hung over a sunken fireplace, and this was apparently the origin of the practice.” Indeed, the smoking of vegetables is said to be very rare even internationally. Although other prefectures have begun making similar products in imitation of the Akita iburi-gakko, “our iburi-gakko were simply something we made to feed ourselves. These may have ended up being directly sold to others, but sale to others was never the goal. Since we made them to eat and not to sell, we make them in a different way,” Mr. Takashi says with a laugh. “First of all, to make a delicious iburi-gakko, you need a good daikon. Also, you need to change how you pickle the daikon to suit the rapidly changing temperatures outside.” Making iburi-gakko requires time, labor, and a careful attention to detail. 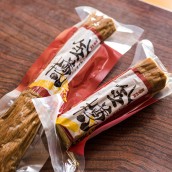 This group of farmers produces and sells iburi-gakko in the Sannai area. Its membership currently totals 30 members, who are actively working to improve the quality of iburi-gakko that they produce, spread the product to new markets, and pass along their expertise to the next generation. Every year, the group joins with the Community Affairs Section of the Yokote city government to host a competitive iburi-gakko fair called “Iburin Pick”.