chapter 3「Another taste of the island derived from soy sauce」 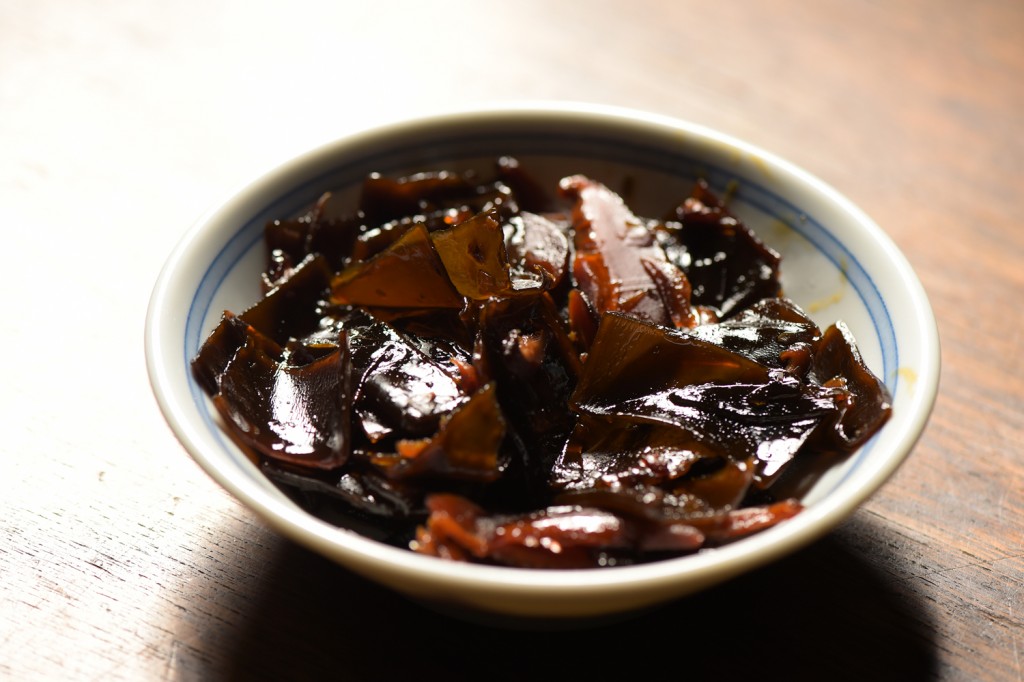 The excellent soy-sauce culture of Shodoshima Island produces another food culture. It is Tsukudani, preserved foods simmered down in a mixture of soy sauce and other flavorings. Tsukudani was produced for the first time during the war time when people were suffering from the scarcity of food. People found that sweet-potato vines were delicious when they were simmered in soy sauce. This became popular and started Tsukudani industry in Japan, which later expanded. Shodoshima Island currently has many Tsukudani factories. One of these factories is Shodoshima Shokuhin which continues small-quantity production clinging to homemade Tsukudani produced by using direct heat. In the morning and in the afternoon, President Katsuhiko Kurushima prepares a quantity just enough so that he can adjust and produce alone. Standing all the time, he keeps on stirring the ingredients so that they are not burned. He has almost no time to stop his hands and have a break. While checking the taste carefully and frequently, he simmers his Tsukudani carefully with diligence. 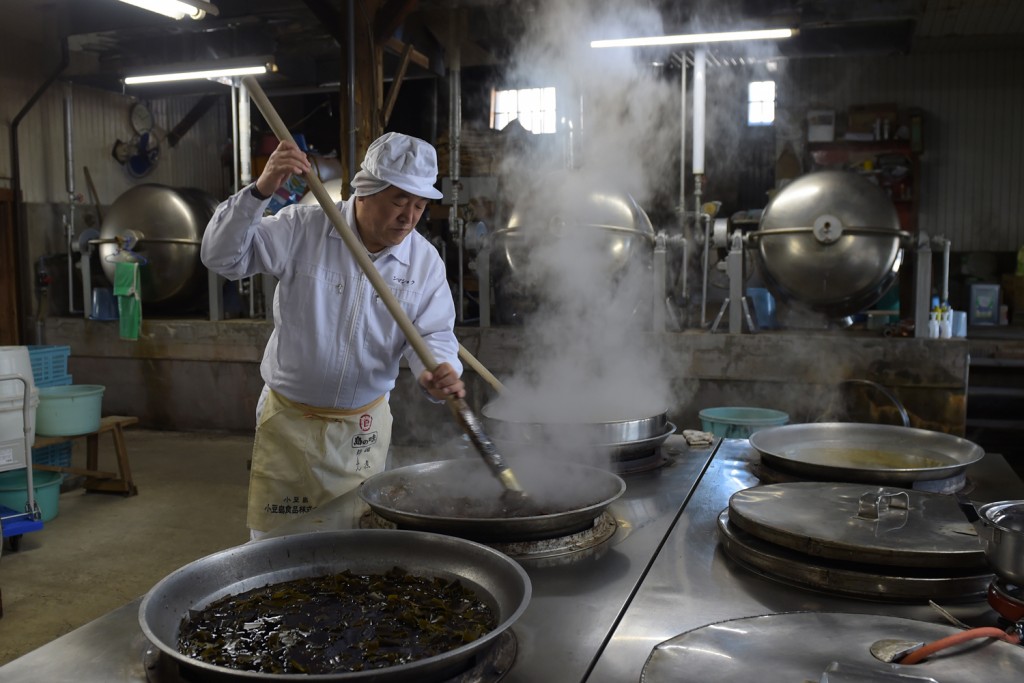 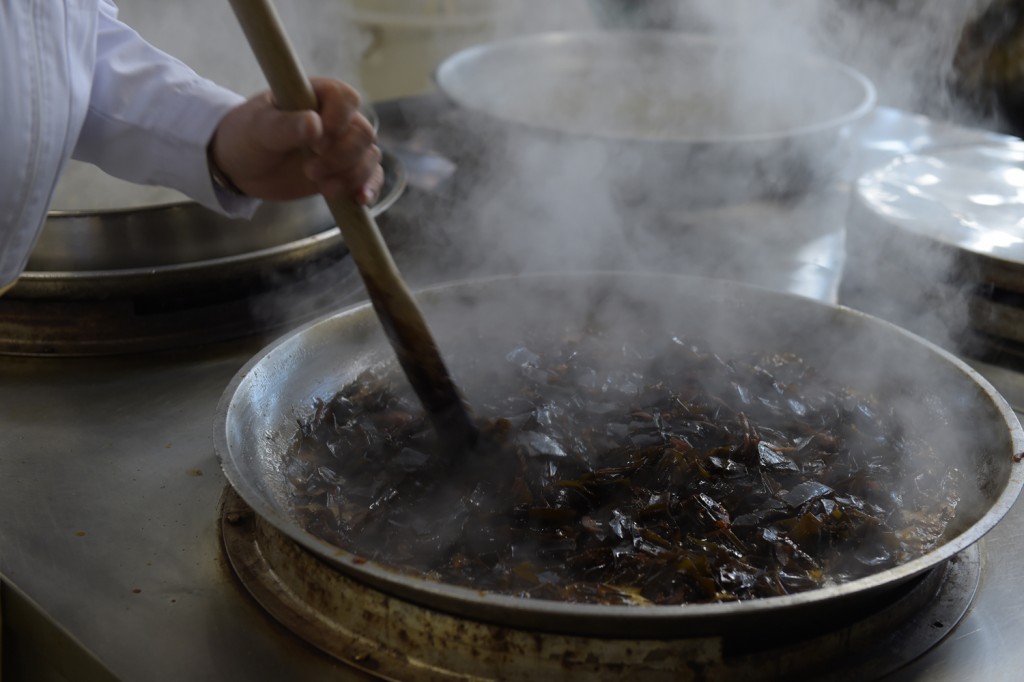 In addition to traditional foods such as konbu seaweed, dried laver, and shiitake mushrooms, Shodoshima Shokuhin produces a few kinds of different Tsukudani foods including small shrimps, and mature chicken. A common theme to all of them is the use of domestic ingredients. Shodoshima Shokuhin gathers a wide variety of ingredients of good quality from across Japan, such as Rausu konbu seaweed from Hokkaido, cloud ear mushrooms from Fukuoka, shiitake mushrooms from Oita, and sugar from Kikaijima Island. The local specialty, soy sauce, is what integrates these ingredients into one firm taste. The selection of Kurushima is Tsurubishi offered by Yamaroku Shoyu. Tsurubishi is luxury soy sauce, but he does not care, saying: “Soy sauce is a decisive factor that determines the taste of tsukudani. I can’t compromise here.” Shodoshima Shokuhin carefully selects each ingredient, and carefully boils the selected ingredients over time. Finished tsukudani is amazingly aromatic characterized with its clear aftertaste. “At home, tsukudani is just an ordinary food always served on the table for meals. I’m responsible for delivering the authentic taste of tsukudani which is never missed every day. With that concept in his mind, Kurushima stands in front of tsukudani boilers even today too. 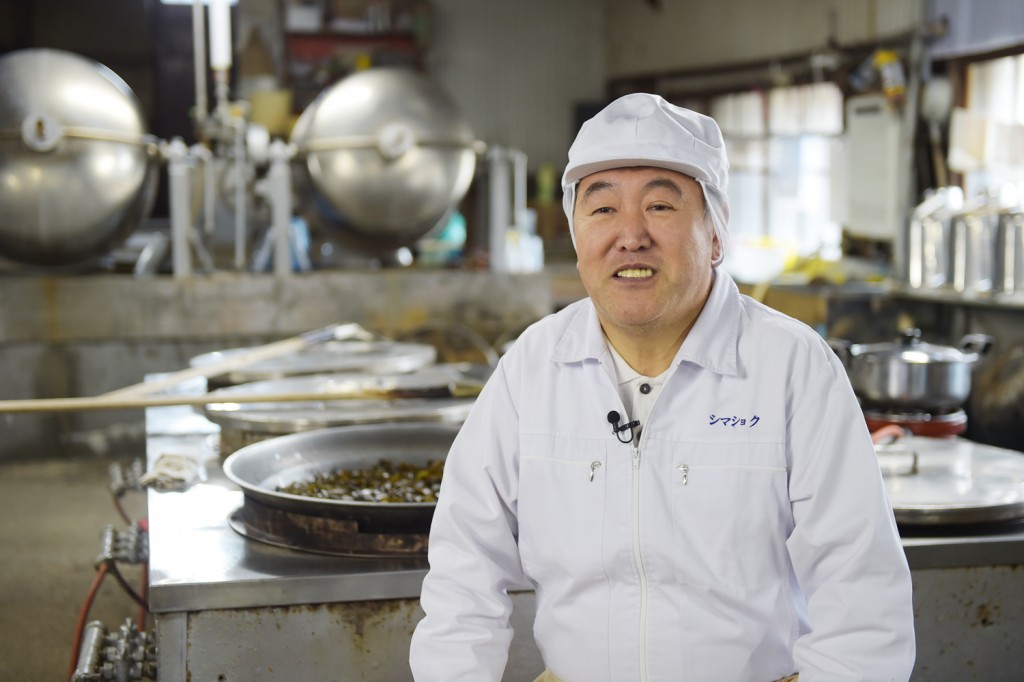 President Katsuhiko Kurushima is conscious of soy sauce, ingredients, and his homemade method 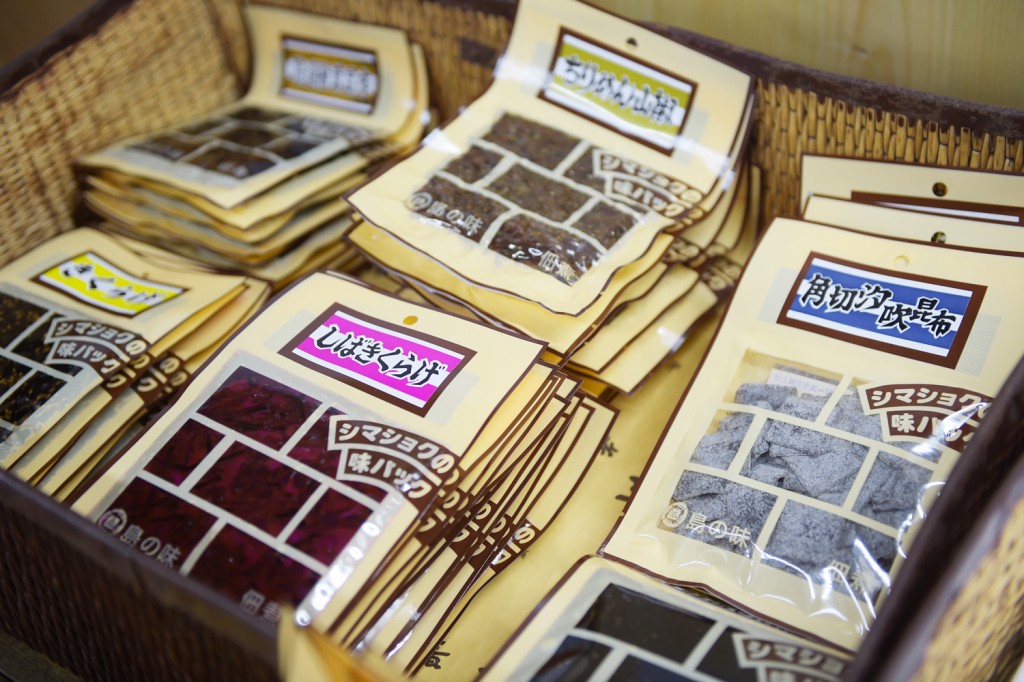 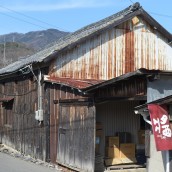