chapter 4 “Maintaining reverence for nature, and continuing the slash-and-burn method of farming”

An hour further into the mountains from the local mountain foodstuffs trading emporium, we arrive at the mountain inn ‘Yakihata’, which is also the house of Mrs. Kuniko Shiiba, who is the only remaining practitioner of slash-and-burn farming in Japan. This very primal method of farming was once very common across Japan. The burned ashes of grass and trees made a very potent and natural fertilizer. Kuniko has given over reigns of the farming to her son Masaru. However, the cyclical rhythm of slash and burn farming is this: “After burning, grow buckwheat for 1 year, in year 2 it’s millet, azuki beans in year 3 and soy beans on year 4. After 4 years of harvesting, leave the soil alone for 30 years.” That’s right, the general practice is to allow the mountain to revive after a few years of intense farming. When the slash and burn takes place, prayers are incanted for the mountain gods and living creatures, and foods made with local mountain vegetables are partaken in, with humble gratitude. This method of farming is so primal and basic, so in touch with cyclical rhythms of nature that you can say it is at the very essence of food. Kuniko talks about what is “most suitable to the area” in terms of farming, harvesting and cooking. Perhaps this mentality is reflected in the wakudou jiru buckwheat dumpling soup too. 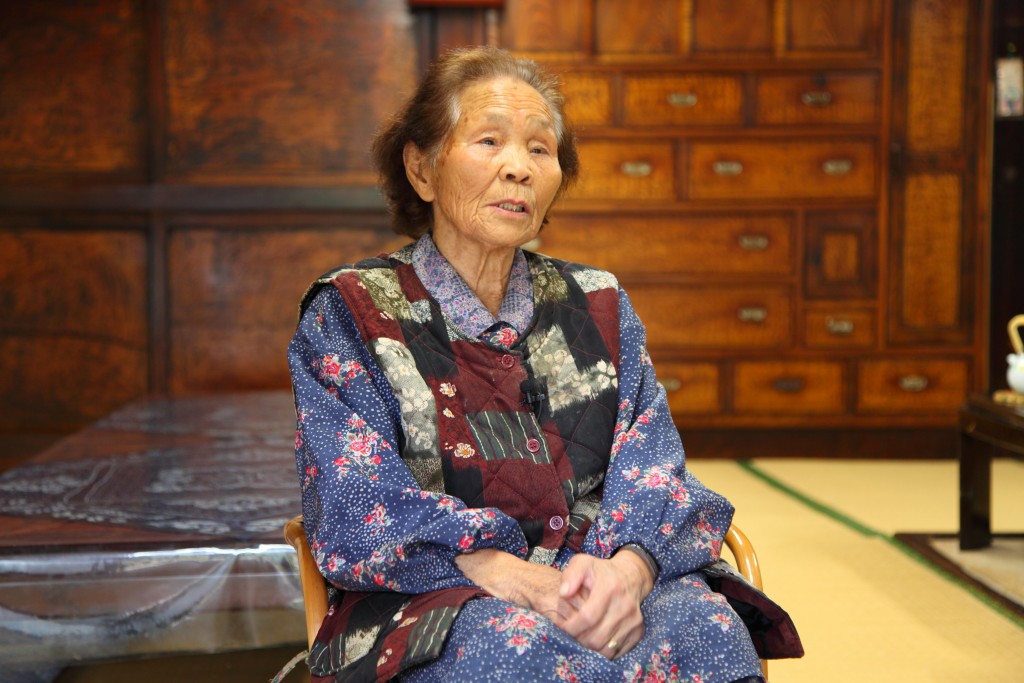 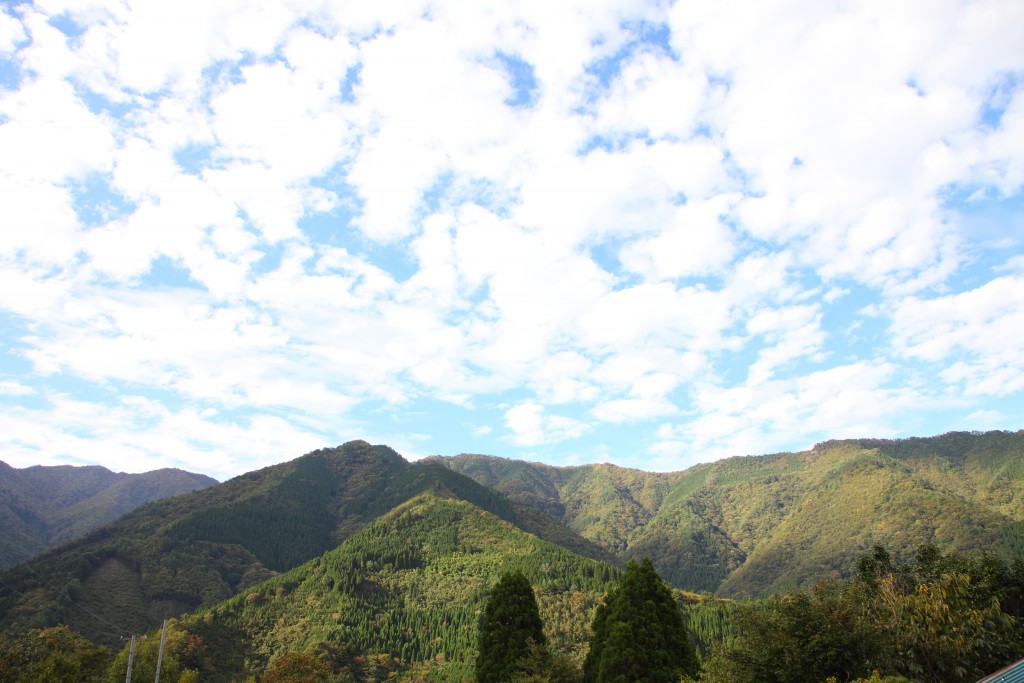 “Buckwheat cooking which supported the mountain folk for Centuries”

“Buckwheat dumplings are cooked in a fish stock flavored with miso and vegetables like burdock and shiitake mushrooms. The dumplings bounce up and down in the soup like they’re little frogs!” says Kuniko. We are in the south of Japan, however we are very high up in the isolated and jagged mountains. Sunlight hours can be short and it is even known to snow up here at times. Buckwheat being such a resilient grain can be harvested in only 75 days after planting, making it a very helpful partner for people living in such harsh conditions. Kuniko says, “Because of the topography, most of the land here doesn’t get enough hours of sunlight you see. Back in the days after the war, when we had nothing, buckwheat was the only thing we could grow to support our families.” Wakudou jiru remains a reminder of ingenuity in living under harsh conditions and also as soul food for the Shiiba commune. 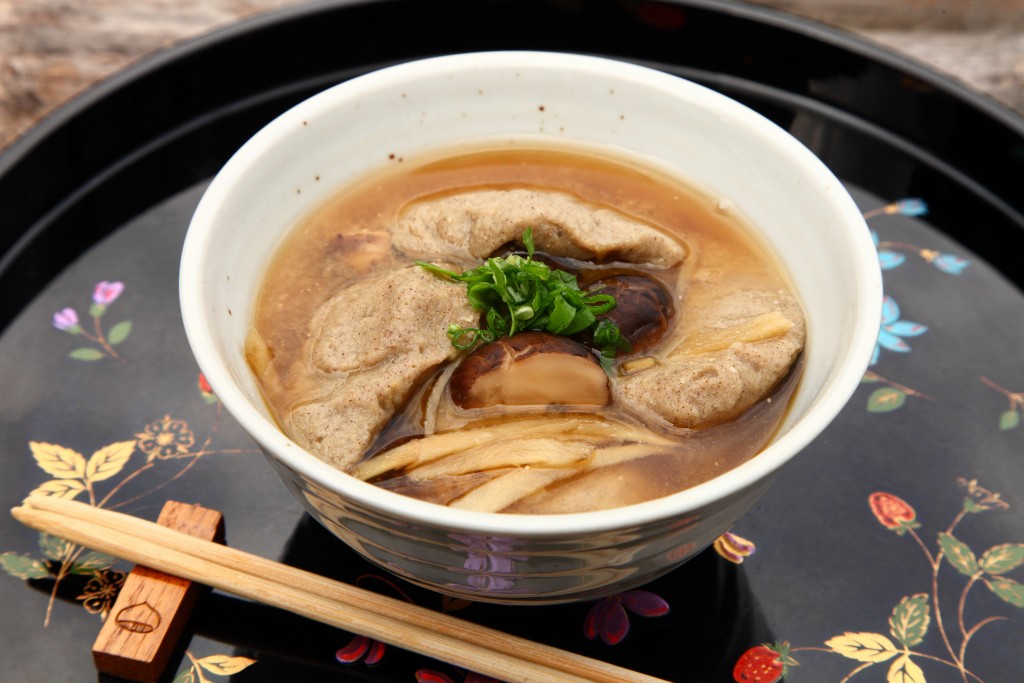 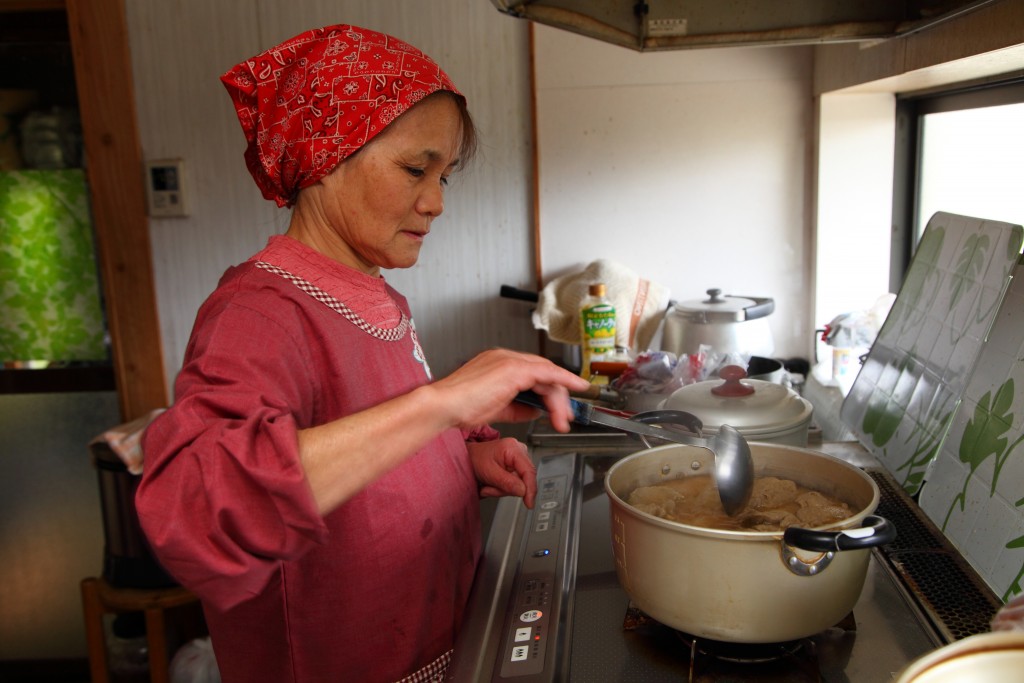 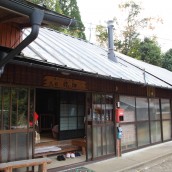