Every Meal is a Gift From Kamui

Hokkaido is the northernmost island of Japan, making up almost a quarter of the national territory. It is a treasure trove of food, a land often referred to as ‘Japan’s kitchen’. The Hokkaido Food Fair is a frequently held popular event happening all around the country always drawing many crowds.

The history of Hokkaido is rather short, going back only 150 years. Its year of creation could be considered 1869, when the Japanese government appointed the Hokkaido Development Commissioner who was to bring the region into the Japanese nation. Until that time, the land was an unexplored region called Ezochi, home to the indigenous Ainu people. Even now, there is a significant population of Ainu tribespeople on the North Island (16,786 according to the 2013 Hokkaido Ainu Population Current Living Conditions Survey). But what are the kyoudo ryouri (“regional special dishes) of the Ainu people?

The following chapters include first person accounts of local and national gastronomes who have set out to discover the richness of local Hokkaido cuisine. A deep exploration begins here!

Sapporo, the capital city of Hokkaido, was flooded with the colours of late autumn and early winter. Blue sky was spreading out to the horizon beyond the bright red rowanberries I found right in front of me. Right at the center of the city, very close to the Hokkaido government office, is where the Kaderu 2.7 building (Hokkaido Citizens Activities Centre) stands. I first visited the office of The Ainu Association of Hokkaido on its 7th floor to meet Mr. Wataru Takeuchi and Ms. Nobuko Tsuda to hear about Ainu’s history, gastronomic culture and home cuisines, their kyoudo ryouri. 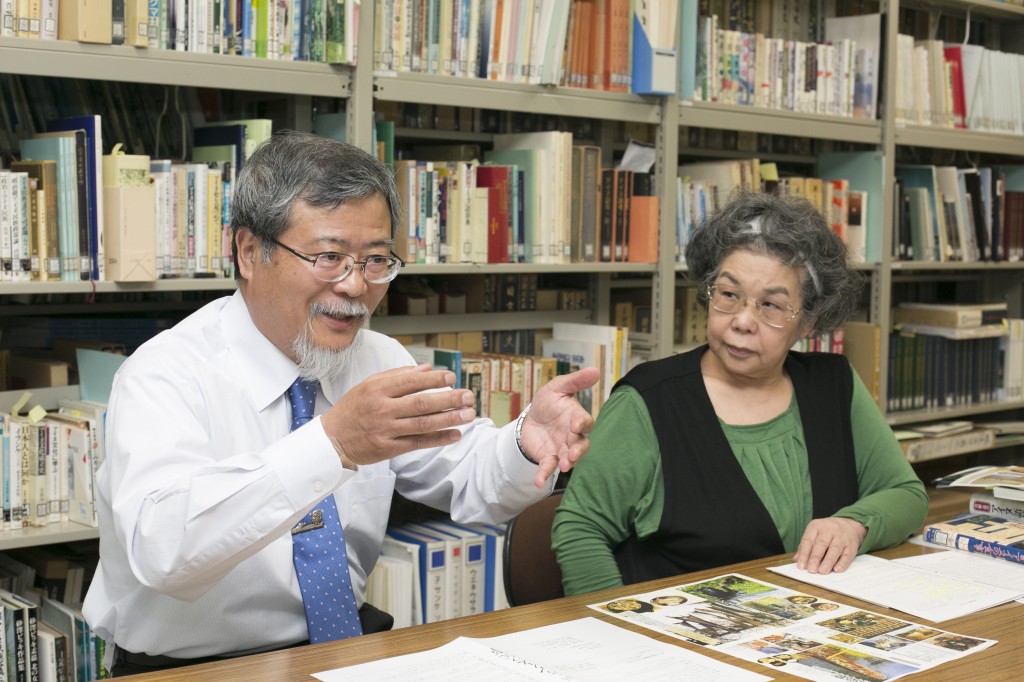 Wataru Takeuchi (left) and Nobuko Tsuda (right) talking about Ainu’s pride.
Its gastronomic culture always had strong ties with the extraordinary nature they lived in.

The very first thing Mr. Takeuchi said was, “There has never been such a thing as ‘Ainu kyoudo ryouri, home cuisine’, even if you look back all the way through the history. If you want to talk about cuisines which transcend the Ainu’s indigeneity or regional characteristics, ‘Ainu ethnic food’ would probably be much more fitting term.” He then guided me through the history of Ainu. “What we can consider the Ainu’s traditional way of living came into existence in around 13th-14th century.”

Listening to it, my imagination ran wild to picture what kind of dietary life they had 700-800 years ago, as Ms. Tsuda explained: “The Ainu ate wild animals and plants whilst always being grateful to the blessings bestowed by nature. They would go into mountains and gather sansai, edible wild plants, and also hunt sika deer, brown bears, rabbits, salmon, trout and shellfish … They gathered and caught only the absolute necessary amount of everything. When picking sansai, they were always sure to leave the roots so the plants would grow again. It was all because they had the strong understanding that other animals were also maintaining their lives by eating those plants and fruits.”

I learned the word Ainu meant human in the Ainu language, existing as one half of a paired concept along with the word Kamui, meaning God. Kamui is a term used in relation to the spiritual belief in “the great nature”, in which everything in nature has a mind and heart.

The Ainu consider everything a person needs to survive, and even forces of nature such as natural disasters or epidemics, are attributed to Kamui.

We people living in the modern world easily forget the sense of gratitude towards nature and the great gifts it provides us in abundance. Ainu dishes and flavours are still imbibed with that sense of gratitude. Now with a craving for actual Ainu food, I headed to the Ainu Museum in Shiraoi-cho. 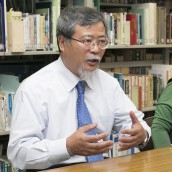 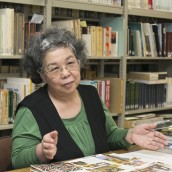 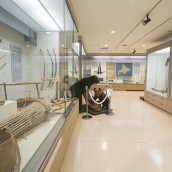