Fukui prefecture sits almost at the center of the Japanese islands facing the Sea of Japan, the north-side ocean of the country. It was once Miketsu-kuni, a province assigned by the then government to provide foodstuff to the capitals, Nara and Kyoto, due to its central location. Today, the prefecture ranks highly for work and lifestyle and is well-known for providing great environments for family and its hard-working community. It is also one of the highest ranking prefectures for academic and physical performance. For these reasons, Fukui is repeatedly chosen as “the best prefecture to live”.

This is undoubtedly in no small part due to its rich gastronomic culture. What kind of traditional cuisines have been passed down through many generations in this privileged land? I interviewed Professor Yoko Tani of Jin-ai University, who is an expert in Fukui’s unique food culture.

LEFT）Clear and pure spring water wells up in every nook and cranny in Fukui, something that the locals cannot live without.  MIDDLE）Rich water flowing into Fukui Plain nurtures the crown jewel of Japanese rice, the almost-translucent koshi hikari.  RIGHT）The Asuwa River, which snakes through the central part of Fukui City, played an important role in distribution of goods in the old days.

chapter 1
Food in the Land of Religious People

The gastronomic culture of Fukui has been heavily influenced by religion. As a very religious region, Fukui contains the head temple of the Soto sect, Eihei-ji Temple, and the Yoshizaki-gobo, a priestly residence built by Rennyo Shonin, founder of the Jodo-Shinshu sect of Buddhism. Buddhism not only guided people through Buddha’s teachings, but also spread the culture of shojin ryouri (the Buddhist cuisine) which revolves around mainly vegetables and soy beans. The Soto sect even teaches that cooking itself is an act of practicing Buddhism.
Their cooking was never just a simple routine of cutting vegetables, stewing them or stir-frying. They always put extra effort into preparation, spending time and care on the food. This Buddhist culinary culture spread to the general populace too, and helped establish the area’s unique approach and attitudes towards food. 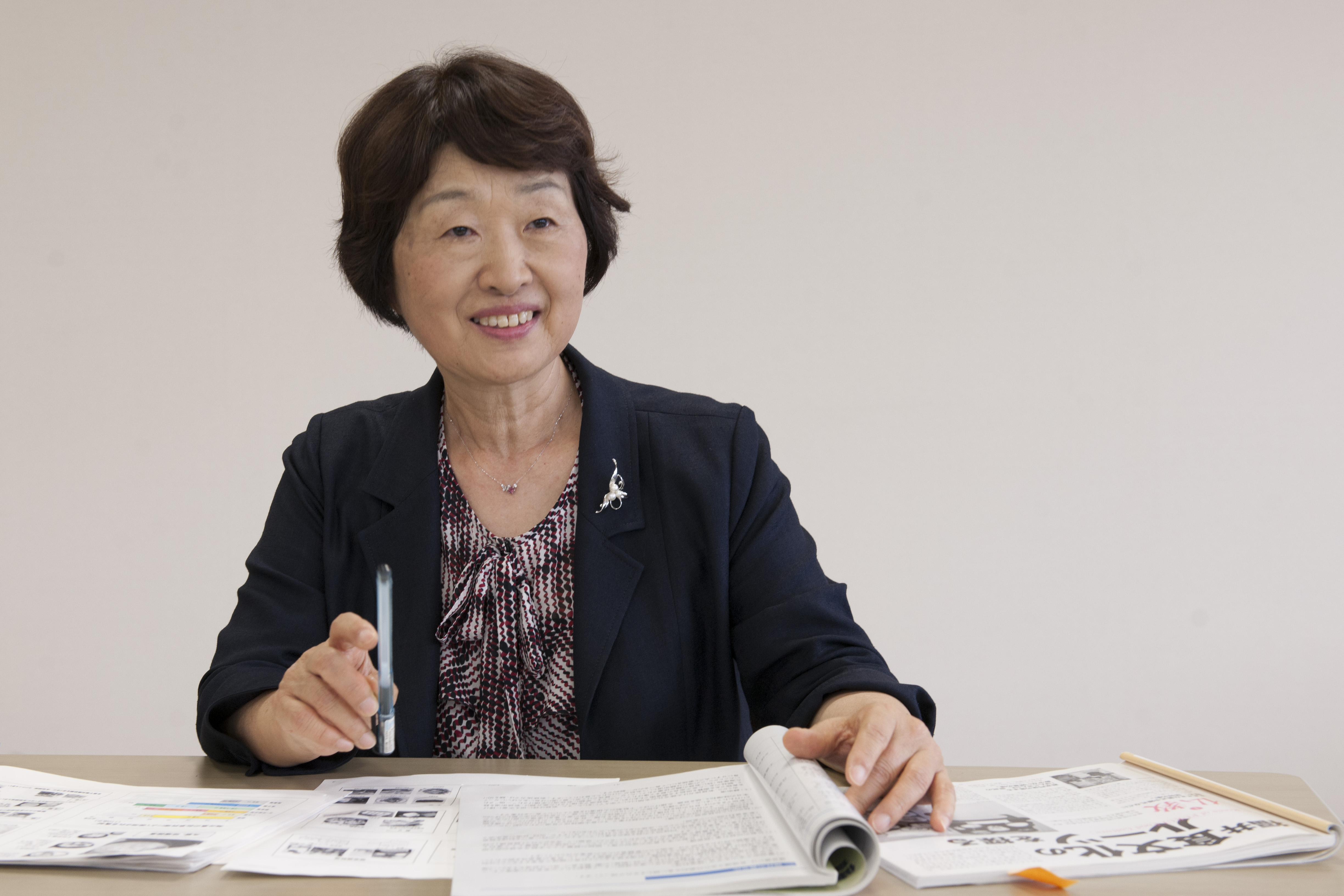 Professor Tani is an expert in Fukui’s gastronomic culture.

Common to the whole Hokuriki district is Houonkou ryouri. Houonkou is a Buddhist service conducted on the anniversary of Shinran Shonin’s death, the founder of the Joudo Shinshu sect of Buddhism. Houonkou ryouri is unique food served after the service. It comes in the style of ichiju-sansai (one broth soup plus three dishes) using seasonal locally-harvested vegetables. It is customary to bring some of the food to their homes and eat it with their families. Phrases such as Arigatai (“so grateful”) and Bachi ga ataru (“receive divine punishment”) are ones that all Fukui people grew up with, and they understand the concept and import of such phrases from a very young age. Behind that Fukui mentality, I see the deeply rooted faith in Buddhism and the strong influence of Houonkou ryouri. 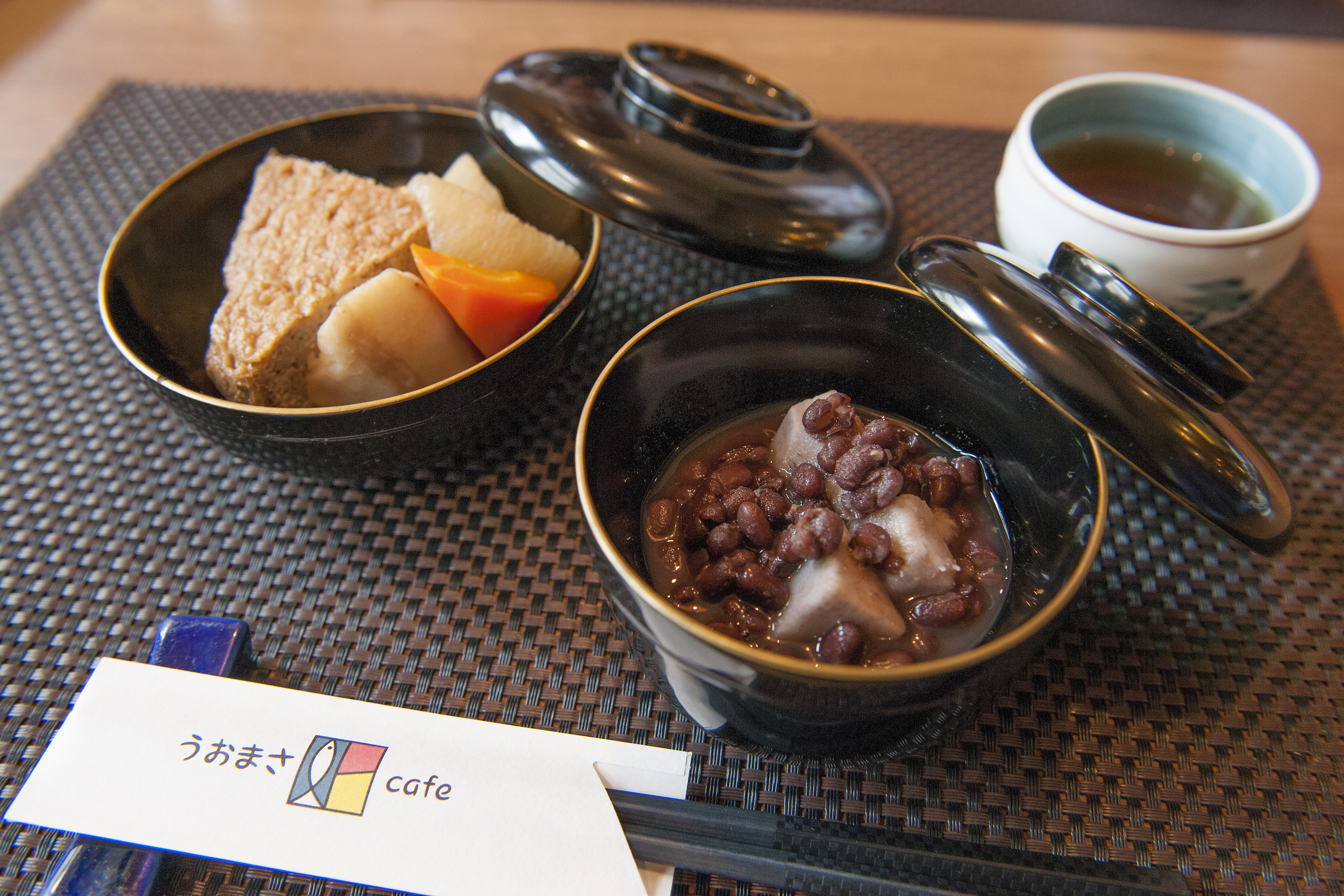