A collection of islands at the south-east corner of Japan is the biggest holiday destination of the country: Okinawa. Most of Okinawa is in a subtropical zone, and some parts are in a tropical zone, so Okinawa has monthly average temperature of over 18c even in its coldest month. This collection of islands was governed for a long time by a sovereignty, Ryukyu Kingdom, until this was replaced with Okinawa Prefecture by the Meiji government back in 1871. With its historical background, geography, climate and original culture, Okinawa can be said to be particularly special and unique part of Japan. The same goes for its gastronomic culture. Okinawa is known for its people’s longevity. How does their distinct kyoudo ryouri make that happen?

Humid tropical air clings to my body. The sky is as wide as I can see, and the stunning gradation of the blue ocean grabs my heart. Stepping off the plane with my stomach empty, I went straight to the Matsumoto Cooking School, located in the Kumoji area of Naha City, the prefectural capital. Ms. Kayoko Matsumoto, the headmistress of this time-honored school opened in 1969, started our talk. 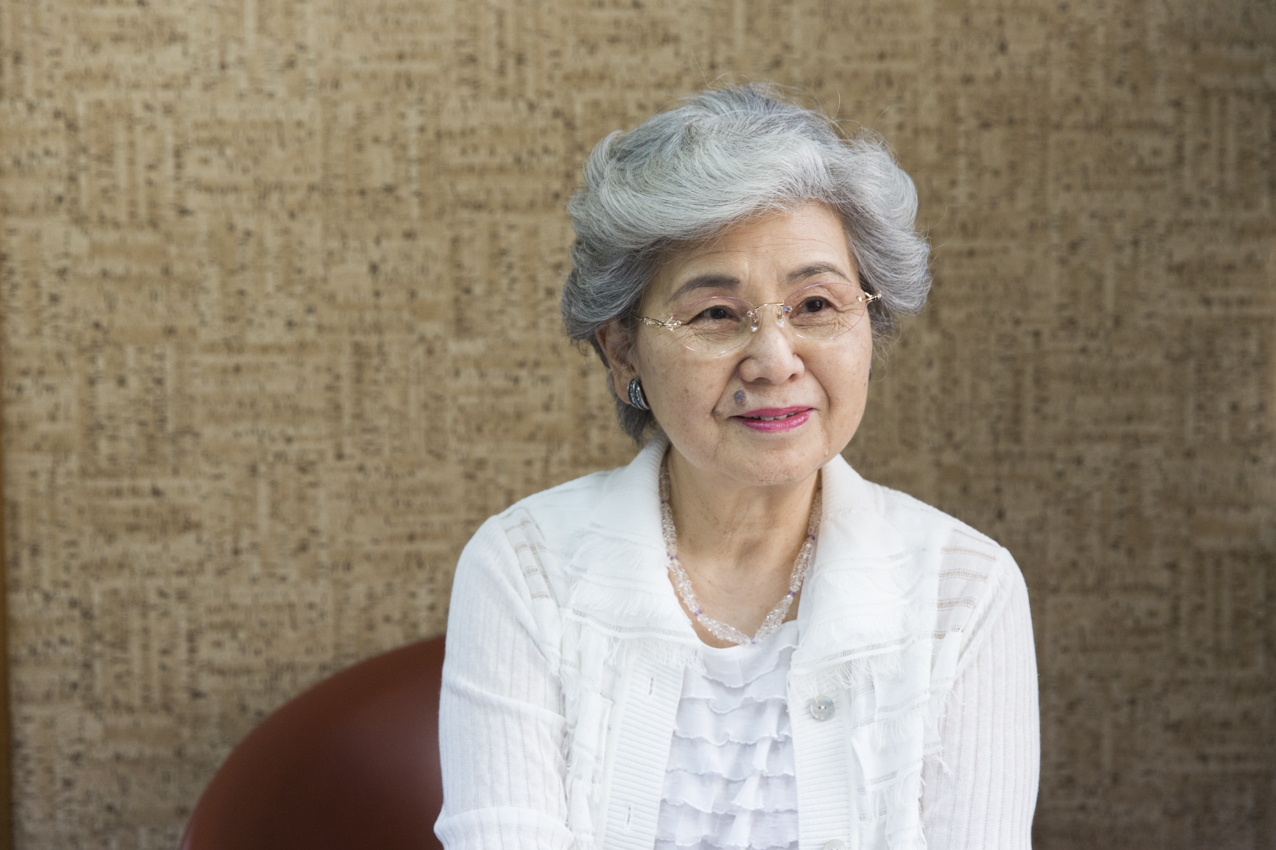 Ms. Kayoko Matsumoto, Headmistress of the Matsumoto Cooking School is a food researcher dedicated to conserving and passing on Okinawan culinary culture.

’Ryukyu cuisine‘ is a collection of traditional dishes deeply rooted in and connected to the local cultures and customs, as well as Okinawa’s unique regional ingredients. As part of ‘Ryukyu cuisine’, a food for special guests that is served with the omotenashi spirit (showing a high level of hospitality) is the kyutei ryouri (‘court food’). It had gotten significant influence of China and Japan in its development. It’s main ingredient is pork. They say, “We eat every part of the pig except its oinking!”

On the other hand, the modest meals of the average Ryukyu citizens was what was known as the ’casual food‘. These recipes incorporated various wisdoms to fill everyone’s hungry stomach and be sufficiently nutritious. These are those two streams of Ryukyu cuisine.

’Okinawa cuisine‘ is what local people eat nowadays. It’s a mixture of Ryukyu cuisine and Western food cultures/ingredients brought in by the U.S., after the World War II.”

So it was that I came to learn that Okinawa’s kyoudo ryouri is really three different food streams, each having a completely different background. As soon as I discovered the depth of the local food culture, I couldn’t stop myself wanting to compare the three. I left Matsumoto Cooking School with an insatiable curiosity driving me to the next endeavor. 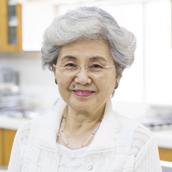 Cooking Scholar. Ms. Matsumoto established the Matsumoto Cooking School in 1969 and since then dedicated her life to conserving and passing on Okinawa’s traditional kyoudo ryouri. She is the author of; “Okinawa no gyouji ryouri (Okinawa’s food for special occasions) (Sekai Bunka Publishing), “Bitter Gourd Dishes Best 60”(Gekkan Okinawa Publishing House), “The Tastes and Flavors of Okinawa (co-authored. Nirai Publishing) etc.. She is the winner of the Food Culture & Lifestyle Award (award for services to education), the Okinawa Prefecture Cultural Contributer Award, and many more. 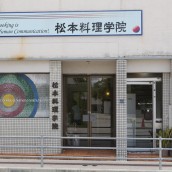