Miyazaki prefecture comprises of the eastern seaboard of Kyushu island, and is very long from north to south. Blessed with a temperate and semi-tropical climate the land was called ‘Himuka’ (“facing the sun”) in ancient times. Said also to be the land where the grandson of the sun goddess worshiped in the Shinto faith first set foot on earth, it is also home to many ancient ruins and places of worship. An ancient form of folk dance called ‘Kagura’ is performed in many areas across Miyazaki to give thanks for good harvest and to show religious piety over the new year celebration period. During this time, the foods placed as offerings on the altars include some very local and indigenous ingredients which vary from area to area. Included in the wide array are things such as a wild board head, which is seen as auspicious. The mountainous reaches of Kyushu provide abundant land produce, while the kuroshio currents coming in from the south seas provide vast amounts of fish and seafood.
What kind of cuisine will we find in this abundant and rich landscape blessed and kissed by the sun and nature?

The restaurant ‘Suginoko’ can be found in Miyazaki-city along the stretches of boulevard in the city center that is flanked by Washington palms providing the city with its year-round summer-y vibe. Suginoko’s owner Shohei Mori is a leading expert on Miyazaki cuisine and has written and published on the subject. We had the good fortune to speak with his daughter, Ms. Shouko Maeda about what makes Miyazaki cuisine unique. 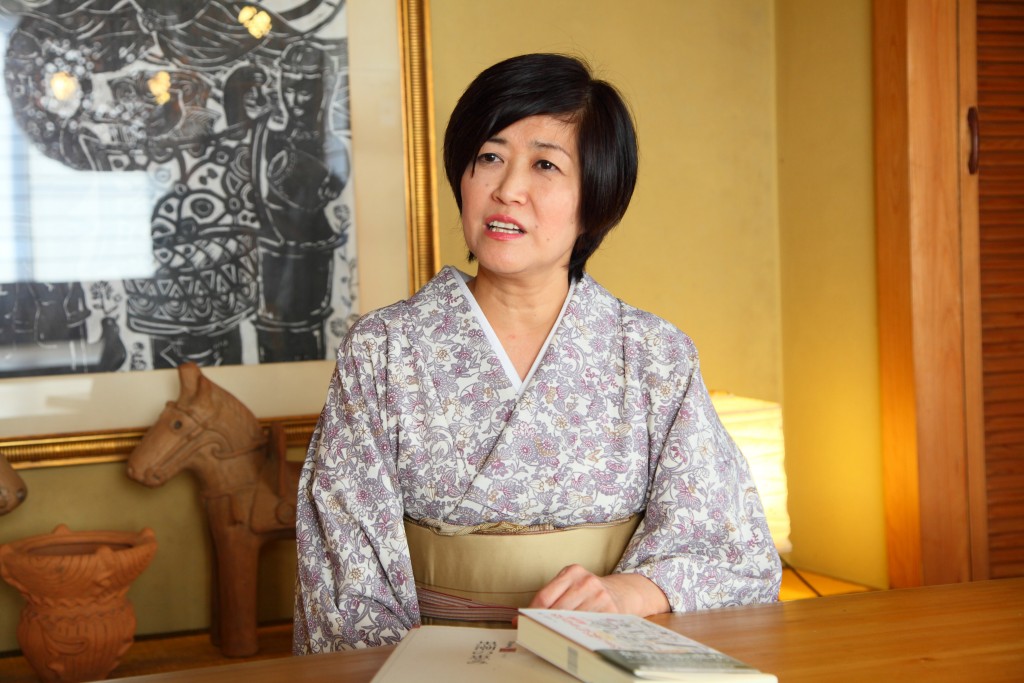 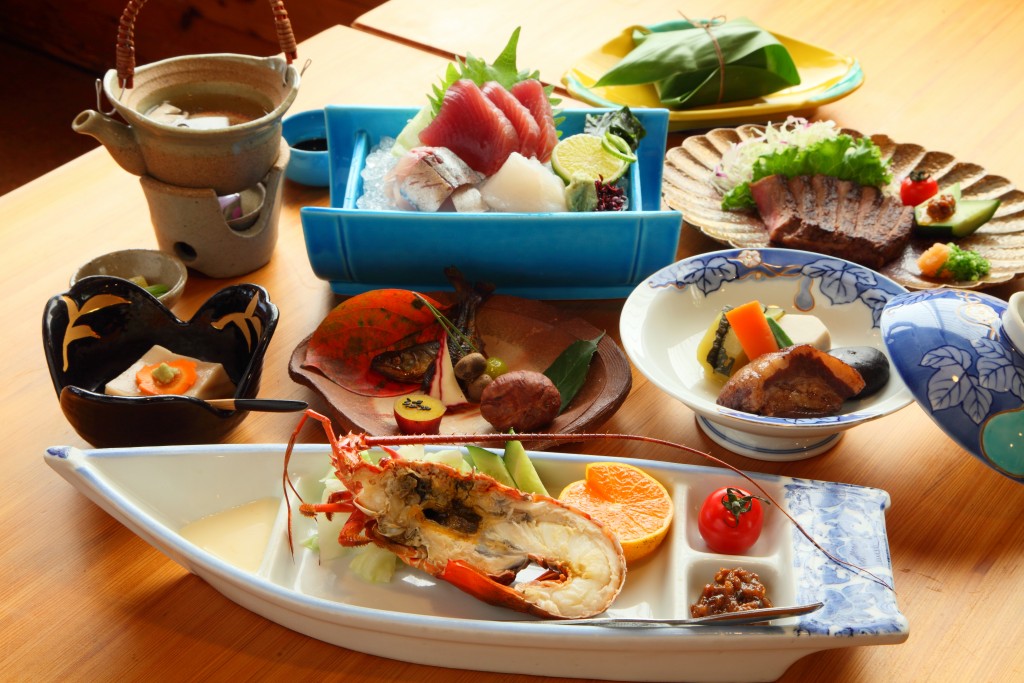 Suginoko offers 10 course meals that change year round pwing to the wide variety of ingredients available. Shouko says it is for this very reason, the generous abundance of produce means that there is no definitive ‘Miyazaki dish’. She elaborates by stating that despite dishes such as hiya-jiru (cold miso and fish based soup) and Miyazaki style chargrilled chicken gaining in national popularity as of late, Miyazaki is too long from north to south and to different from mountainous to coastal areas that it is impossible to lump into one simple category. Within the same prefecture, dietary traditions and practices vary wildly. Even the method of taking stock can be very different from area to area. 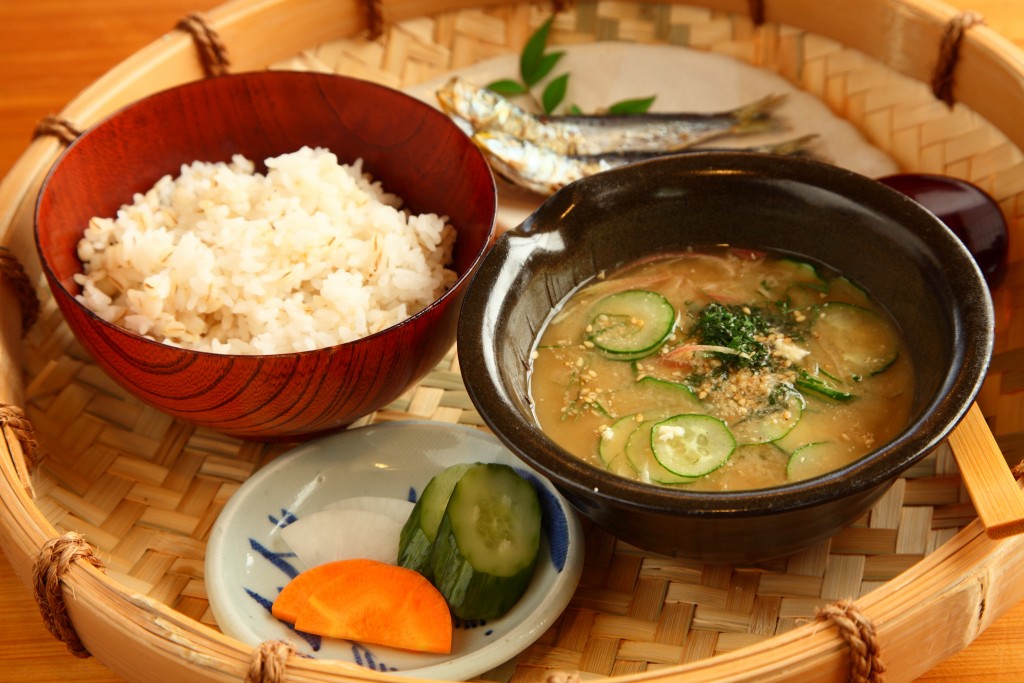 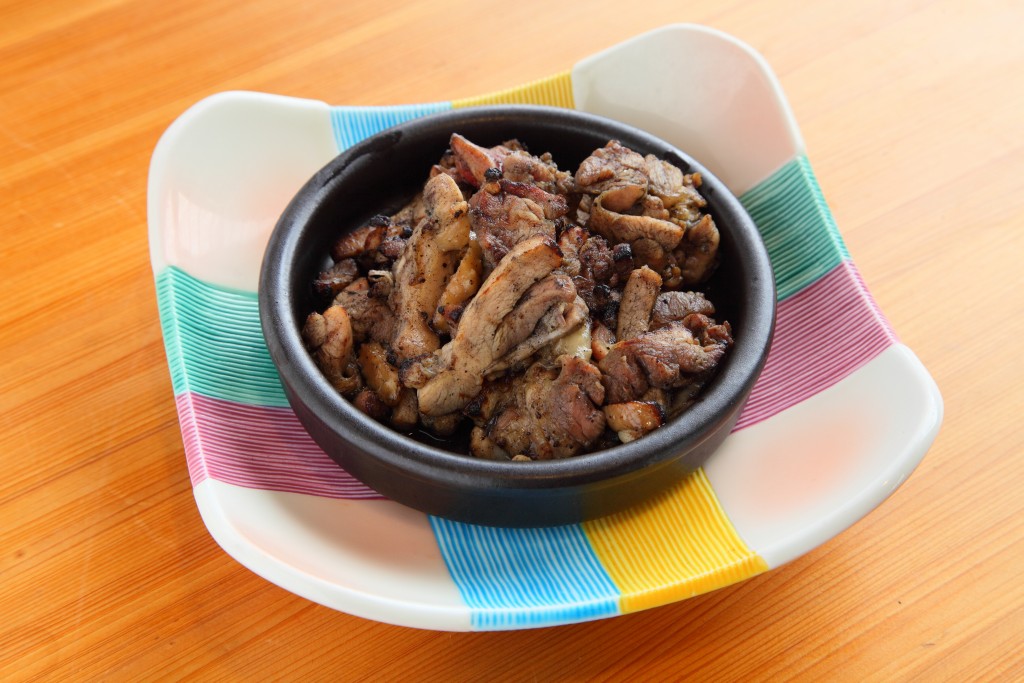 However, within this diverse range, the dishes that remain popular and withstand the test of time go on to become regional representatives. The aforementioned hiya-jiru (from central/coastal Miyazaki) springs to mind, as well as the buckwheat dumpling soup known as ‘wakudo-jiru’, fish udon noodles, boiled Japanese silverleaf are just some local favorites using local ingredients. As they so area-specific, they may not be widely known as to define ‘Miyazaki’, however they are a living witness and testament to the vast abundance of ingredients and personalities in cooking for this particular region.
So let us go on a journey to find out what kind of cooking can be found in the north of Miyazaki. We witnessed sweetfish weir fishing said to have its origins from back in the Heian period (AD794 – 1185). 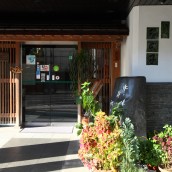