“The Delicious and Graceful Cuisine of Yamato”

I was so immersed in Master Chouin’s talk that I couldn’t stop myself heading to a restaurant standing close to the temple to find out more about cha gayu.The CEO of Souhonke Hiraso, Mr. Sosuke Hirai, is the tenth generation proprietor of his 150-year-old old house, custodian of Nara’s kyoudo ryouri. 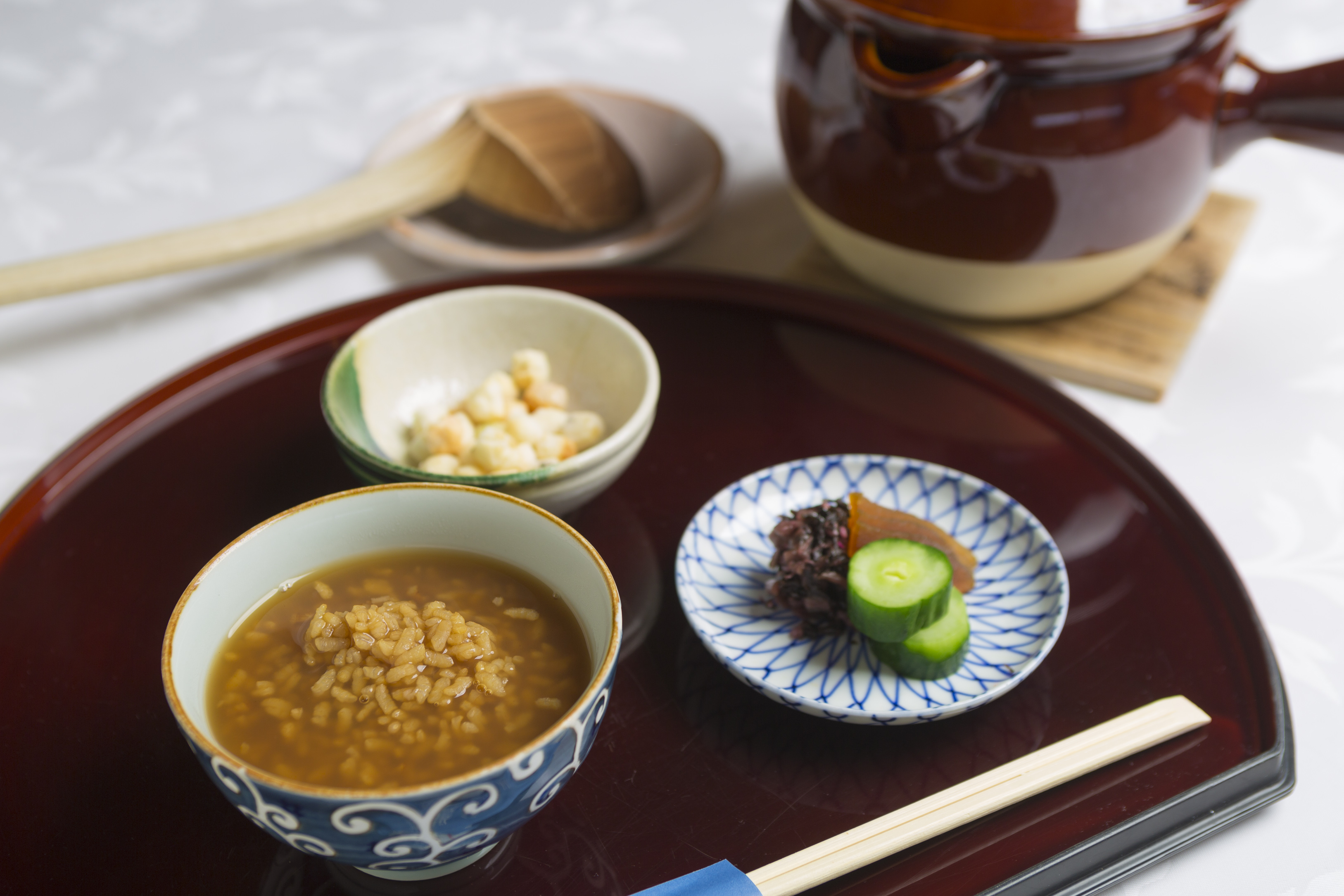 Cha gayu served in an earthen pot. The rich aroma of houji-cha (roasted green tea) and the great flavor of rice entrance the senses.

Hiraso is the original maker of kakino-ha zushi (persimmon leaf-wrapped sushi) and his brand is known nationwide. Founded towards the end of the Edo period in the land of Yoshino (1861), there are now six directly-managed stores in Nara Prefecture. Out of those six, the Wazen Tamayura restaurant has been drawing attention particularly for serving kyoudo ryouri in the form of perfectly harmonised tradition and modernity. I was welcomed by the CEO, Mr. Sousuke Hirai, who indulged me with the charm and beauty of Nara’s local cuisine.

“Nara’s kyoudo ryouri is, I think, much closer to local people’s everyday life than other region’s kyoudo ryouri. Both cha gayu and kakino-ha zushi were something I was very familiar with in daily life since I was little, particularly cha gayu, which was a staple food all year round. When it was cold outside we ate a very hot cha gayu, and during the hot summers we ate it chilled. Even in those days, many locals call it “Okai-san”, personifying the food by using the postfix “-san”, used to address a friend. Many of them claim that kakino-ha zushi made by their own grandma is the best. I think Nara’s kyoudo ryouri is that kind of food: very personal and closely embedded in people’s lives.” 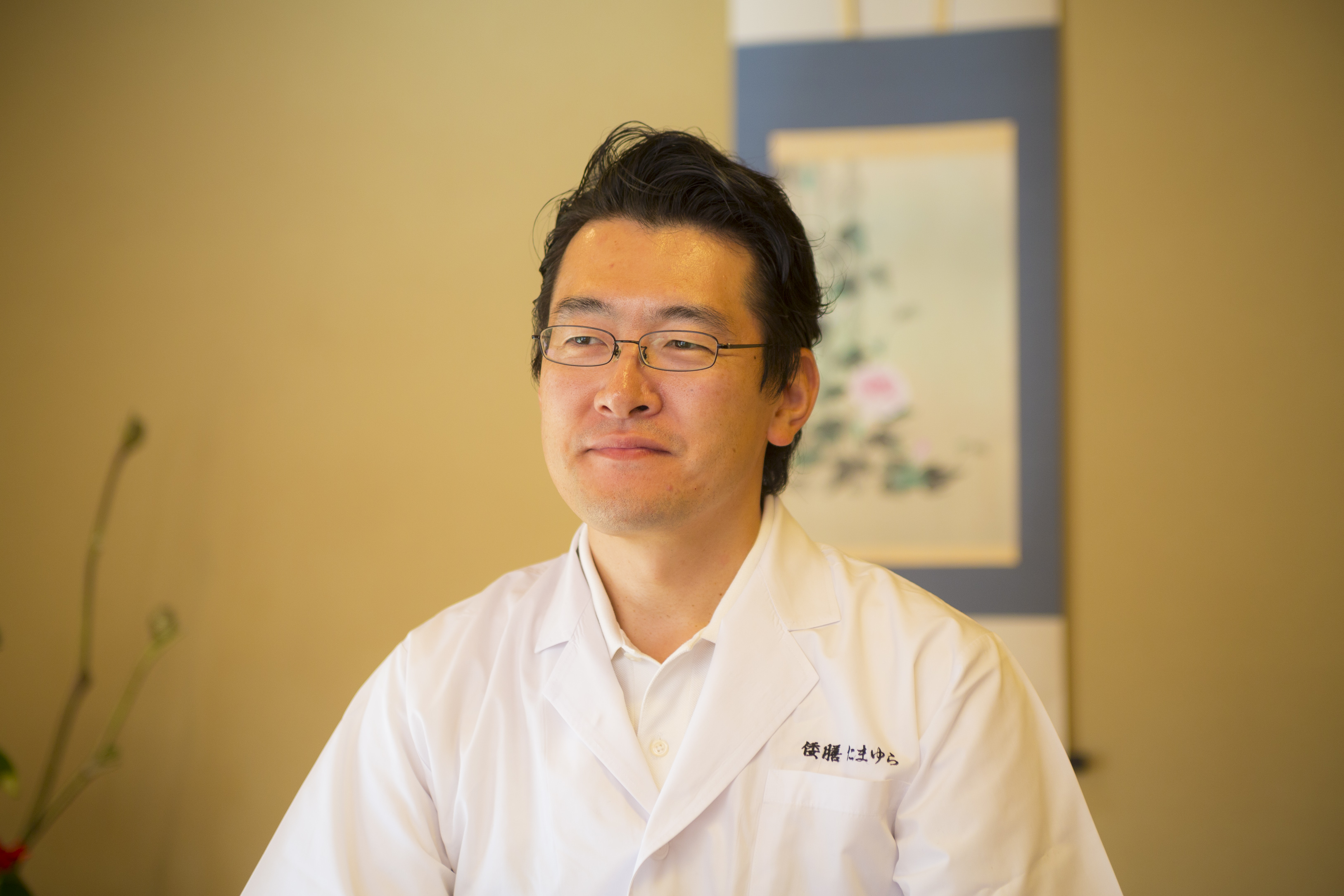 Souhonke Hiraso’s tenth generation owner, Mr. Sousuke Hirai. The gentle smile on his face is a reflection of his deep affection towards his beloved home, Nara.

“There is a phrase, ‘There’s no good food in Nara’. This seems to be something that modest Nara people said to humble themselves, probably because they considered Nara, a landlocked, rural prefecture, as being a place of scarce resources. The reality is that there is abundant great food. Yes, both cha gayu and kakino-ha zushi’s looks are very plain and lack a luxurious feel, but their ingenuous, mild tastes are the very charm of kyoudo ryouri. Cha gayu has great wisdom hidden in its cooking method for increasing the volume of the food as much as possible, since rice was scarce. Kakino-ha zushi is so beautiful in how delicately the rice is put together and wrapped. In my opinion there is beauty in their modesty, which hides the unique benefits that lie beyond its looks or taste.”

The gentle look on Mr. Hirai’s face as he talks shows just how much he loves his homeland’s kyoudo ryouri. If there remains respect for old traditions and a passion for passing on unique local gastronomic cultures, the phrase “No good food in Nara” won’t be on people’s lips for long. 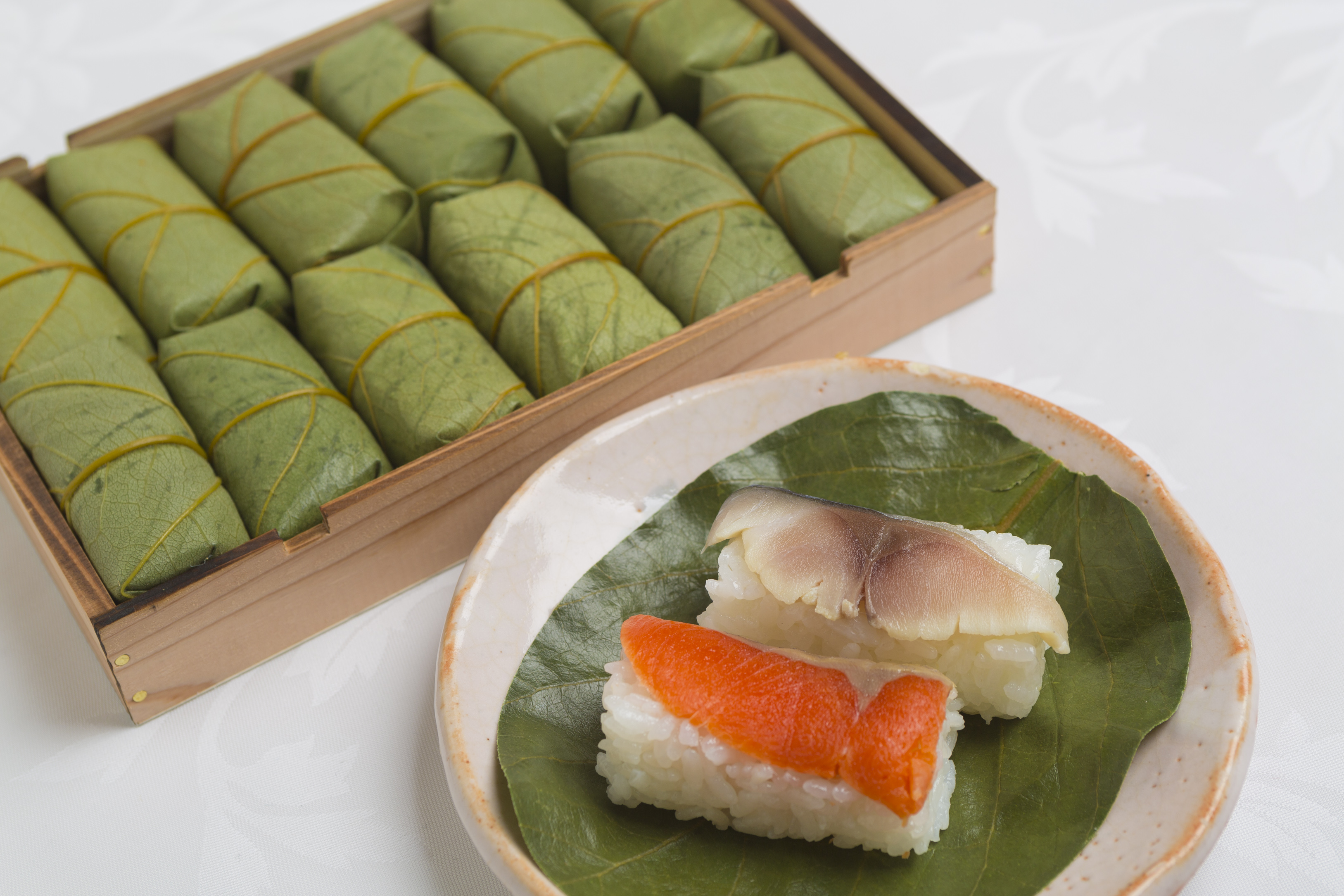 Hiraso’s proud kakino-ha zushi with its 150-year history is flavourful and nutritious. 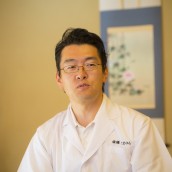 CEO and Head of the Headquarters Factory of Souhonke Hiraso, Mr. Hirai is the tenth generation owner of the long-established shop, which was founded in 1861 toward the end of the Edo era. His motto is “Live with the history and cultures of Nara whilst pursuing modern tastes.” Mr. Hirai spearheads the brand to keep drawing the attention of the public by developing a menu that incorporates various innovative ideas whilst keeping the simplicity of kyoudo ryouri cultivated throughout its long history. Despite being extremely busy running his own business, Mr. Hirai is also very active in organising various events advocating the charms of the land of Nara.